← more from
myoptik
Get fresh music recommendations delivered to your inbox every Friday. 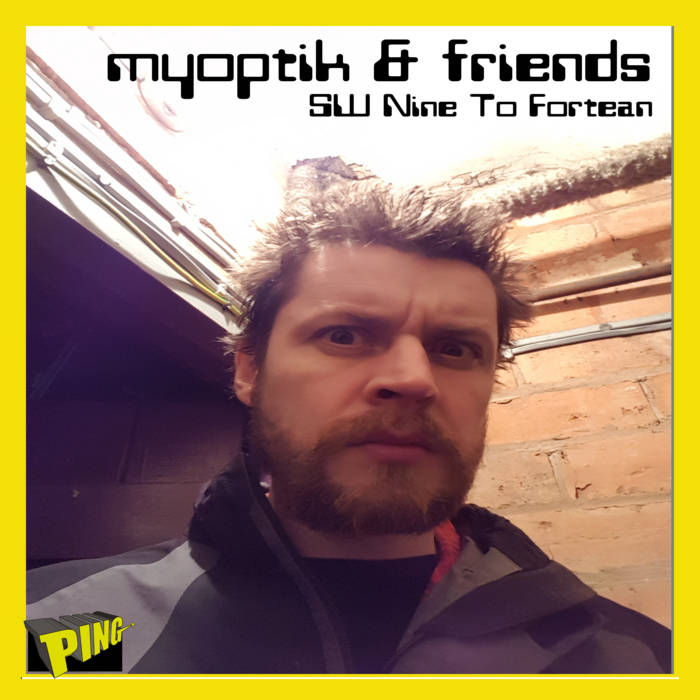 This is a very varied and eccentric compilation of tracks involving Myoptik and various others, as recorded at Sonic Weekend album recording sessions between 2009 and 2014 in remote locations including Dorset, Derbyshire, and the Loire Valley in France.
All tracks feature Myoptik in one way or another; vocals, electronics, trumpet, keyboards, drum machines, samples. See if you can spot his stamp on each one. There's a lot of craziness in here, and there's definitely something for everyone. You'll find delicate songs, wild noise, poetry, ambient soundscapes, hard electronic beats, soft drums, xylophones, trumpets, analogue tape loops, analogue synths, yells, guitars, bass, you name it, we used it!
Overall I think it makes a nice set and I hope very much that you do as well :)

The early tracks (2009 & 2010) were produced and mastered by Pierre, the rest (2011-2014) were all produced and mixed by Tim Dorney. All were fun to make.
The various others that appear as musicians/performers are too many to recall, but definitely included Francis Binns, Graham Dunning, Sam Underwood, Kaiton Slusher, Mark E Pitt, David Falconer, Ben Soundhog, Jon Greig, Timotheus McQuester, Conor Lawrence, Josie Ellison and Garry Hensey in one form or another.
Ping-discs catalogue number: p-tippl-tee-bum (upper). 2018.

Myoptik has been making mad music since the 90s. A lifetime of jams, collaborations & live performances inform his refreshing, sometimes obtuse, take on electronic sound. His releases for many labels, inc his own Ping-Discs, reflect some of the more harnessed offerings that have spewed out of his refracted sound-world.
More here soon! ... more

Bandcamp Daily  your guide to the world of Bandcamp

Little Brother joins the show to discuss their beautiful journey, plus tunes from Fat Tony